In a second letter dated June 14, 2020, that is, merely five days after his “bombshell” letter about Vatican II and its reforms, the Novus Ordo Archbishop made a startling statement regarding the Council. As he put it, “it is preferable to let the whole thing drop and be forgotten.” He also pointed out that Vatican II is to be blamed as an event that caused enormous problems in the Church. This is one of the reasons why he thinks it should be “forgotten.”

He quotes favorably a Professor Pasqualucci who considers Vatican II to be a conciliabulum, the classic term for a fake council: “If the Council has deviated from the Faith, the Pope has the power to invalidate it. Indeed, it is his duty.”

The Archbishop also says: “There is an urgent need to restore the Bride of Christ to her two-thousand-year Tradition and to recover the treasures that have been plundered and scattered, thus permitting the disoriented flock to be fully nourished by them.”

While the idea of annulling Vatican II is, of course, a wonderful idea, I am surprised that Abp. Viganò does not see the obvious problem: Unlike the other fake councils in the Church’s history, this one was promulgated in full by the “authority” of Paul VI. In short, you cannot annul Vatican II without also annulling the authority of him who promulgated it. Otherwise you end up with a Church which is capable of leading souls to hell. Indeed, has that not been the effect of this Council, if we contemplate the devastating loss of faith on the part of billions of souls? Is it not right and true to say: “An enemy hath done this?”

Archbishop Viganò’s recent comments are, of course, encouraging, but nothing will come of his intervention unless the problem of Paul VI and the Vatican II “popes” is addressed. Indeed, we must also include John XXIII in this group, since Vatican II represented not only a council which pronounced heresies, but, what is worse, created a mentality of revolution in the Church that has brought it to its ruin. It unleashed a spirit of heresy, a lust for rupture with the past, a maniacal detestation of pre-Vatican II Catholicism. The Antifa hordes in our streets are to our country what John XXIII and Paul VI sparked in the Church. Since John XXIII was the originator of this revolution, he too, as I see it, must be included in the enemy which has done this.

The priests of the Roman Catholic Institute (the RCI) have a strict policy concerning the distribution of sacraments which I would like to explain, since to some it may seem harsh.

END_OF_DOCUMENT_TOKEN_TO_BE_REPLACED

There are many who are asking me if there is anything to hope for in Novus Ordo Cardinal Burke and Bishop Schneider. For those who do not know them, these are two vocal critics of Bergoglio among the Novus Ordo hierarchy.

END_OF_DOCUMENT_TOKEN_TO_BE_REPLACED

On October 9th, we marked sixty years since the death of Pope Pius XII. It means that we have labored under Modernism for these sixty years, and have watched with horror the  disintegration of everything that made our Faith beautiful: Catholic doctrine, good and holy priests, an abundance of devout and zealous religious brothers and nuns, Catholic schools, Catholic universities, Catholic seminaries teeming with holy seminarians aspiring to the priesthood, the traditional Latin Mass, traditional sacraments, the Legion of Decency, religious habits, priests in cassocks and Roman collars, magnificent churches, elaborate ceremonies, Gregorian chant and other beautiful church music, discipline,  orthodoxy, modest dress, good morals. I could go on. What I describe is the world of my childhood which, at the time, I took for granted, but which I loved and cherished. END_OF_DOCUMENT_TOKEN_TO_BE_REPLACED 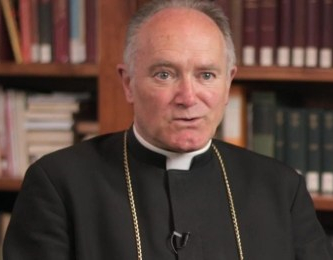 Bishop Fellay, who has been, until recently, the head of the Society of Saint Pius X for the past twenty-four years, gave an interview to Tagespost in which he said a few things which deserve attention. END_OF_DOCUMENT_TOKEN_TO_BE_REPLACED 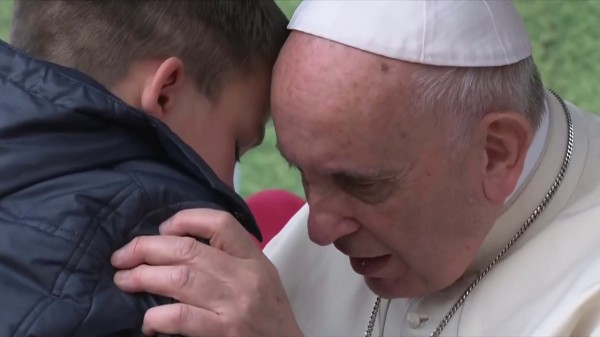 Bergoglio “consoles” the boy weeping for his deceased atheist father by giving him a dose of Pelagianism, a condemned  heresy which holds that we go to heaven for being merely naturally good, that is, without the help of the grace of God. He should have told the boy that there is no hope of salvation for an atheist, and that he should use the lesson of his father’s lack of faith by praying to God for perseverance in the Catholic Faith, and the grace of a happy death.

First, let me explain what Pelagianism is.

It is a ﬁfth century heresy concocted by an English priest, Pelagius, which held to the denial of original sin and to the idea that we can go to heaven for being merely naturally good. He denied the necessity of actual grace in order to maintain a good moral life, and to avoid hell. Actual grace was merely a help, but not a necessity. Needless to say, this heresy was condemned. END_OF_DOCUMENT_TOKEN_TO_BE_REPLACED

A recent article appeared on the site entitled Settimo Cielo (Seventh Heaven) which is operated by Sandro Magister, a well-known ﬁgure in the Novus Ordo conservative world. The article is written by a certain Roberto Pertici, professor of contemporary history at the University of Bergamo in Italy. END_OF_DOCUMENT_TOKEN_TO_BE_REPLACED 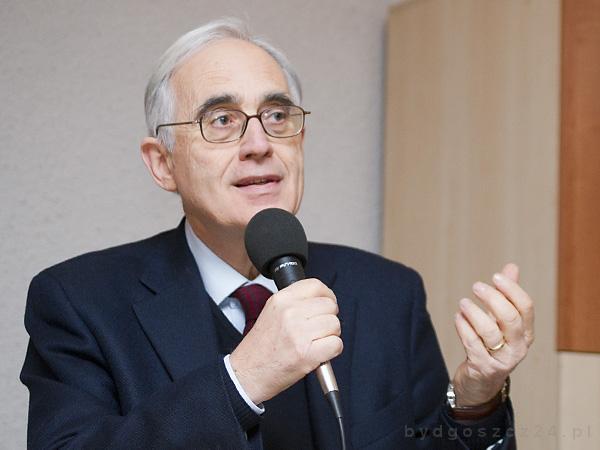 In an interview about the Rome Conference, Roberto de Mattei, professor of history and well-known in Novus Ordo conservative circles, made this statement about the conference: “I appreciated the recent interview in which Raymond Cardinal Burke afﬁrmed that we ﬁnd ourselves faced with an intolerable situation, and it is licit to criticize the Pope when he propagates errors and heresies. [emphasis added] He also said: