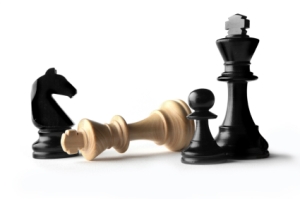 When I made the decision to go to Ecône forty-three years ago, I was told by many friends and advisers that I was going too far, that I was being too radical. Instead, I should stay within the structures that had embraced Vatican II, the New Mass, and Modernism, and work for change from within.

I have heard this same theme repeated to me over and over again during these same forty-three years. In January of this year, a Novus Ordo priest whom I have known since 1969 told me to “come home,” sounding again the familiar theme that the right path is to work from within, to overcome the Modernists within the Novus Ordo structures. This admonition came from the same priest, nevertheless, who says that he agrees with me in nearly everything I say.

Now that fifty years have transpired since Vatican II, can we really say that the movement from within has succeeded? After a half a century of resisting from within, has the tidal wave of Vatican II receded? Has the Catholic faith become stronger in the souls of baptized Catholics? As we look around at the vineyard of the Church, is it flourishing with deep faith and obedience to the commandments of God? Are the sheep of Christ in good hands? Are they confirmed in the doctrines of the Catholic Faith?

Is the Holy Sacrifice of the Mass, the central act of worship of the Catholic Church, in good order? Has progress been made to turn back the tide of the devastating liturgical reform of Vatican II?

The answer is, of course, no. What words can we muster to describe the state of the Catholic Church today: Disaster? Ashes? Hiroshima? Great Apostasy? Is there, indeed, a word that could adequately describe the collapse of an institution which has taken place in the past fifty years?

Recently a Novus Ordo priest by the name of Father Thomas Kocik published a letter entitled Reforming the Irreformable? He is most noted for leading the charge over the past two decades of a movement known as the Reform of the Reform. This movement sought to “fix up” the Paul VI Mass of 1969, so that it would become something acceptable to Catholic tradition, something that could be legitimately called continuity.

In this letter, Fr. Kocik declares that such a project is no longer possible. He states:

[T]he ‘reform of the reform’ is not realizable because the material discontinuity between the two forms of the Roman rite presently in use is much broader and much deeper than I had first imagined. In the decade that has elapsed since the publication of my book, The Reform of the Reform? A Liturgical Debate (Ignatius Press, 2003), which concerns almost exclusively the rite of Mass, a number of important scholarly studies, most notably those of László Dobszay (†2011)6 and Lauren Pristas,7 have opened my eyes to the hack-job inflicted by Pope Paul VI’s Consilium on the whole liturgical edifice of the Latin Church: the Mass; the Divine Office; the rites of the sacraments, sacramentals, blessings and other services of the Roman Ritual; and so forth.8 Whatever else might be said of the reformed liturgy—its pastoral benefits, its legitimacy, its rootedness in theological ressourcement, its hegemonic status, etc.—the fact remains: it does not represent an organic development of the liturgy which Vatican II (and, four centuries earlier, the Council of Trent) inherited. (The full text of the letter can be found on the New Liturgical Movement website)

Such admissions on the part of someone who has tirelessly worked from within are truly startling.

What has “working from within” obtained? Modernism has triumphed, and is in full control in all Catholic institutions. The New Mass is everywhere celebrated. All of the life signs of the Church, and particularly belief in the dogmas of faith, are alarmingly low. The most that can be said for “working from within” is that here and there tiny pockets of liturgical tradition may be found, all operating nonetheless under the aegis of Modernism and in the doctrinal discontinuity of Vatican II. It has obtained for us a liturgical High Church, that is, isolated communities of Modernists clothed in the trapping of tradition. After fifty years!

If our numbers are not strong, it is because for the past half-century the “workers from within” have reviled and scorned us as renegades. If they had joined us, tremendous pressure could have been put upon the Modernists to abandon their program.

Time has told that working from within is a failed strategy.

After fifty years of failure, it is high time that those “working from within” should scrap their plans, and look for something more successful.

10 thoughts on “A failed strategy”